Full confession here: I was born and raised in a country that believes in standing in line and waiting your turn.

While this is not always the case, think about those idiots who zoom up the highway and wait till the last minute to try and get over thus causing traffic to be even worse than it was to start with, it is generally the case. It is a an unspoken civil contract abided by in countries that were at one point or another under British rule. Every kid in school knows the rule: "No Ditching".

I also believe that in America if you break this rule, and aren't separated by a mass of steal or what ever cars are made of these days, we will cut you...with a look, words or if you are in a bad neighborhood something worse.

Many other parts of the world don't understand this rule. I have been to both France and Italy and learned that I need to push my way forward if I am going to get on that train. In London I once had a conversation with a German woman while waiting in the queue for the London Eye. Her quote " The British really know how to Queue."  As if this was a strange phenomenon.

Here is who else doesn't understand the concept of the line: Indonesians.

However at the the airport, a place where even the most civilized have a tendency to get their feathers ruffled, I almost took out a little old lady at the baggage claim.

Now I believe that the baggage claim is one of the worst areas on the planet for human behavior. Even in the land of "Taking Your Turn" people will rush to circle the belt as they wait for their bags to come gliding out. Shins pressed against the edge convinced that if they are not right there somehow their bag will never show or will magically disappear. I understand everyone is in a hurry to get out of the evil airport and onto what ever has brought them to this new city. But I do wonder why we haven't all realized if we all step back about two feet everyone will be able to see and access their bags.

In Indonesia, the land of no traffic rules and little personal space, this phenomenon is even worse. Not only are entire families crammed against the baggage claim as they wait they are crammed against each other.   Add to this the fact that humans flow they way traffic flows persistently nudging their way to where they want to be until the object in their way is overcome.

This is what happened at the baggage claim in Yogyakarta. The little old lady wanted to be where I was and consistently and firmly started pushing.

Be proud of me fellow Americans. Elbows did not fly. It did not become ugly. But as I have also learned from watching my driver. If you don't want to give up your space...you don't have to.

In order to live in the world that functions more like a river than a man made canal you have to learn to flow around things to get what you want but also to hold where you want to be or you will be pushed to the edge.

If you want to read about the temples from my better half : secretasianman3@blogspot.com 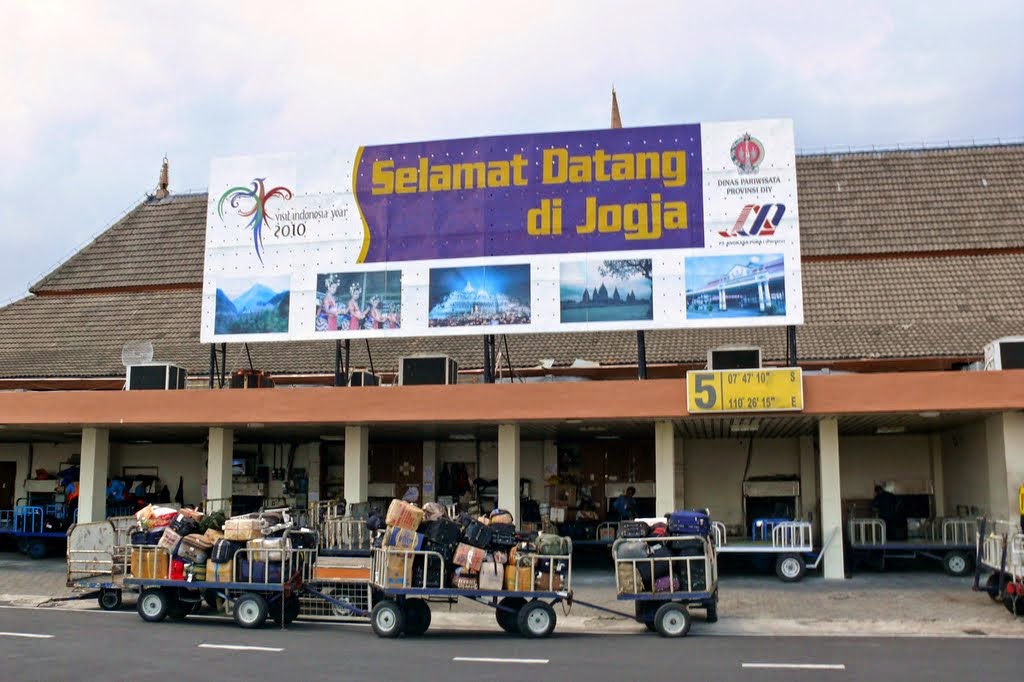