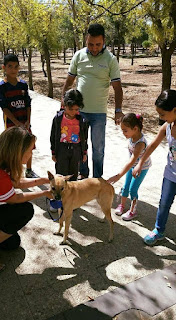 You may remember Shanti the Diplo Dog from her unintended journey to Baghdad. Our sweet skittish girl has now gotten more stamps on her passport than many Americans and she takes the transition surprisingly well for a dog that was rescued with her litter mates out of a field in central Ohio. It took a lot of time, patience and cheese on our part to convince her that people were ok.

Now however, she like the rest of our family, represents every time we leave the house. It's commonly known in the Foreign Service that not just officers but all of us are representing our country when we are at Post.

In Shanti's case she also represents her species.

You see this is our second post and our second predominately Muslim country. This is important information because Muslim tradition leads people to be wary of dogs. Any dog. I once watched some Indonesians freak out over a yellow lab, possibly the gentlest dog known to humans.

I did some very quick research to help explain this and you might be shocked to know that there is division about why dogs are not acceptable. It seems to boil down to the fact that their saliva is ritually unclean, but then it is also argued that so are many other things.
Tradition also makes it acceptable to have working dogs (I'll insert here that I learned at the Jordan Museum that dogs were first domesticated here).
It also seems that the Qur'aan tells us that all animals should be treated with kindness and there are at least two stories of dogs being honored. One story has to do the the Cave of Sleepers, not far from Amman and the dog who guarded them while they slept.

However the most preposterous reason in my mind is that that Angels will not enter a house where a dog resides. Perhaps they don't want the competition.

All of this boils down to tradition and the fact that, unlike most Americans, they were not raised with the idea of dogs being the good and loving animals that they are and instead they are scary and maybe unclean.

So when we are out walking and see someone, usually children, who show an interest in her we make a point to stop. Our sweet dog, who hates having her back end touched, patiently waits while they creep nervously closer and slowly reach out to pat her on the....butt. Once I can convince them the front end isn't dangerous they will happily stroke her on the head,

Shanti, who's name means peace in Sanskrit, and I hope that we have done our part to win the hearts and minds for her species and America. 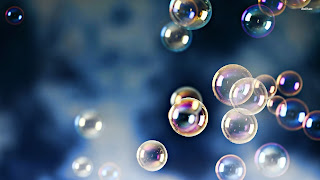