A picture is said to be worth a thousand words. With that in mind I will be sharing many with you today.

This week I had my fist official meeting of the Indonesian Heritage Society's study group for Historical Structures. The goal of the group is to meet twice a month while different members do presentations on different historical structures and the culture tying in to the building. These presentations can be at the actual location or, since Indonesia covers approximately the same area as the United States, by power point type presentations

We met at Cafe Batavia, a beautiful old cafe that is centered in a square in the area where the port city of Batavia that was to become Jakarta was founded in 1620.
After a brief history of the area over coffee we headed out to explore a few old buildings.

Before I share the pictures here is an interesting fact: These are protected historical structures. They can't be torn down. However, because of Indonesian law, they can only be renovated back to their original use. For example a bank must be restored back into a bank. That means these beautiful old buildings are mostly crumbling down. The other catch, while they can't be torn down if they fall down they can be replaced by a new building, and Indonesia is located on the most active seismic area of the world. Given the cost of renovation, the size of these buildings and Jakarta's apparent love of gleaming sky scrapers my bet is on the eventual crumbling and replacement.

Another interesting historical note. This area was settled by local Indonesians, Europeans and Chinese. In the 17th century the life expectancy wasn't very long...but somehow the Chinese seemed more immune.  The Dutch figured that is was all the tea the Chinese consumed so they started eating tea leaves. What they didn't figure out is that is was because the Chinese were boiling the water to make their tea. So much for the scientific method. 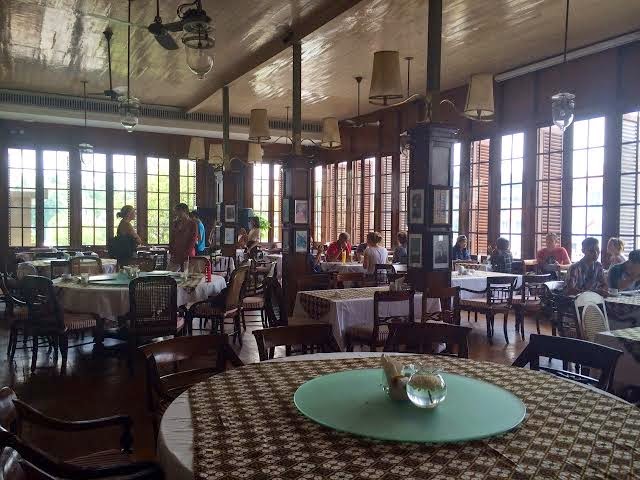 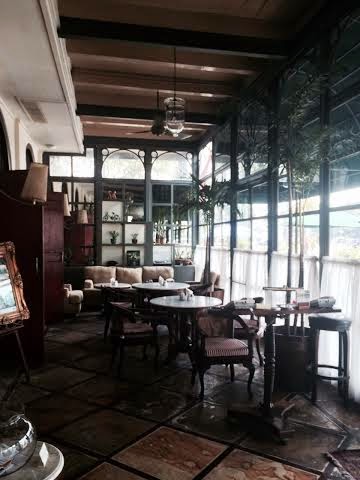 Images from inside Cafe Batavia, built between 1805-1850.
http://www.cafebatavia.com/index.html 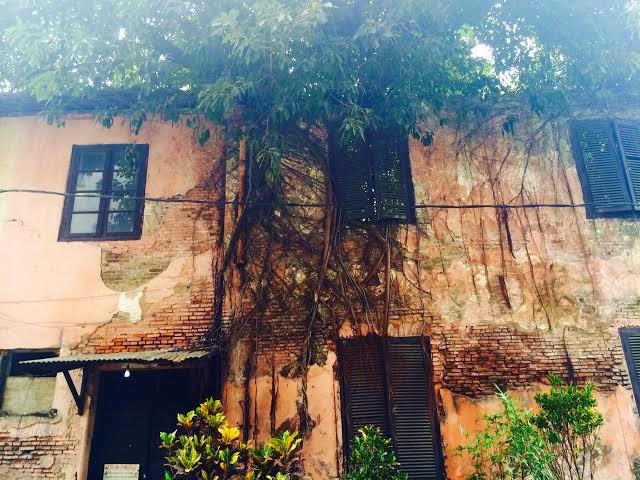 Old house taken over by a tree 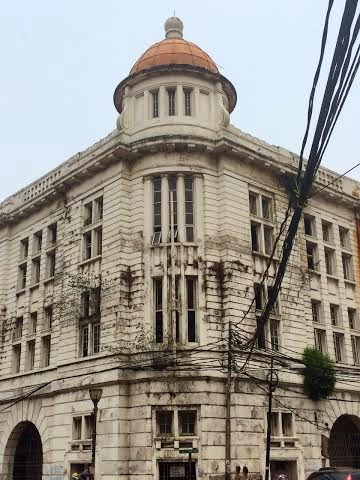 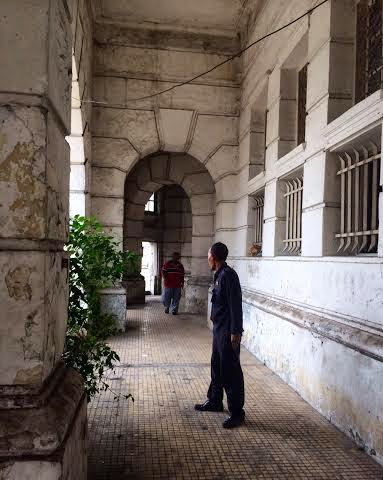 Cloisters around the bank 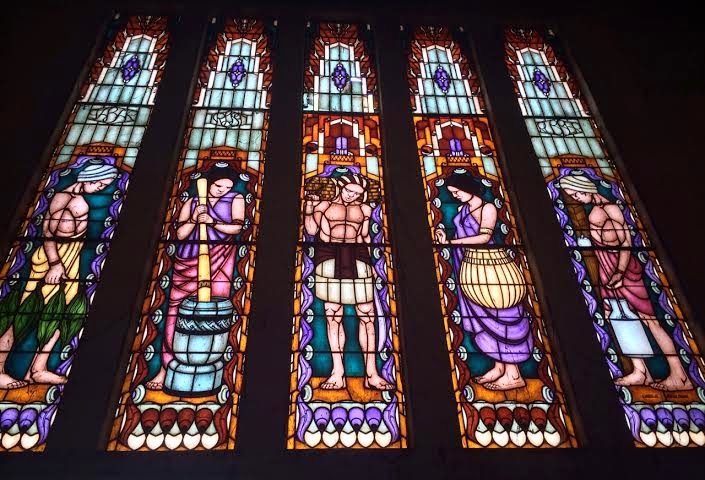 Art Deco glass. This can only be seen from the inside.
Images are Tobacco, Rice, Sugar, Tea, Rubber 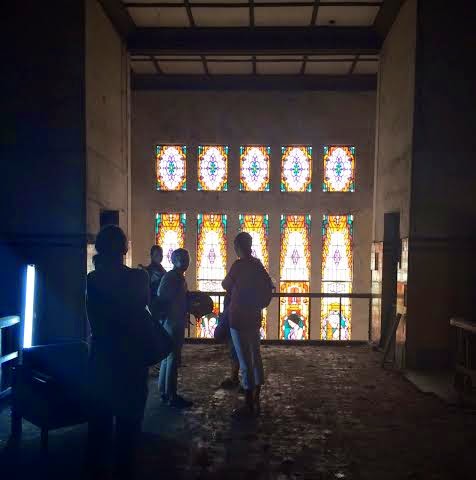 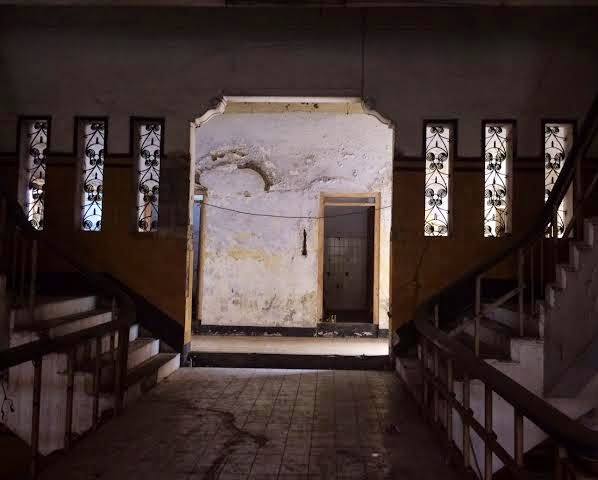 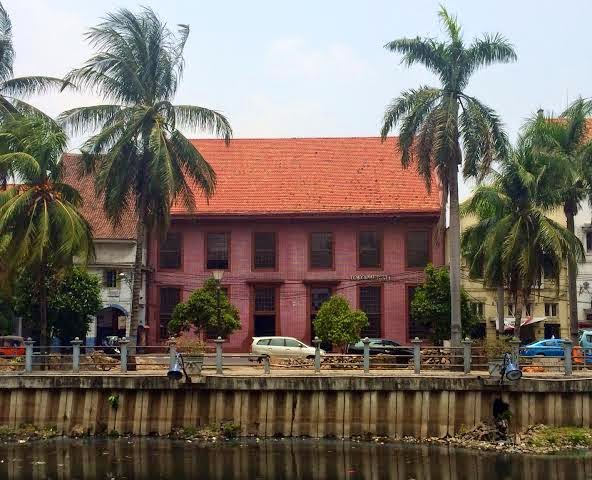 Toko Merah, old double house. Built for family on one side and mother-in-law on the other.
Built in 1730. One of the oldest buildings in Jakarta. 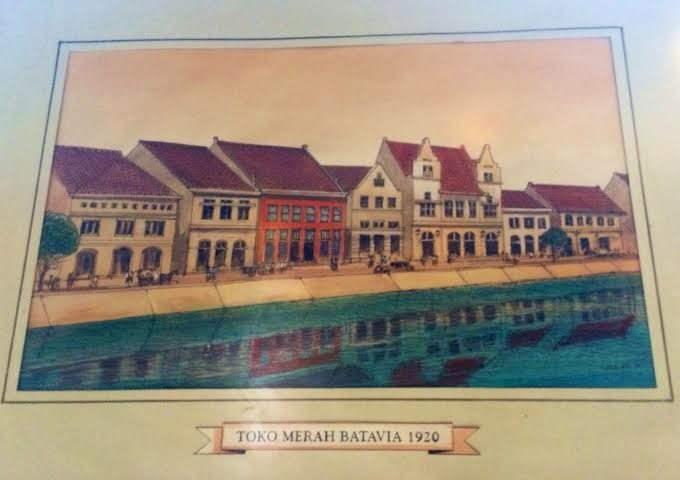 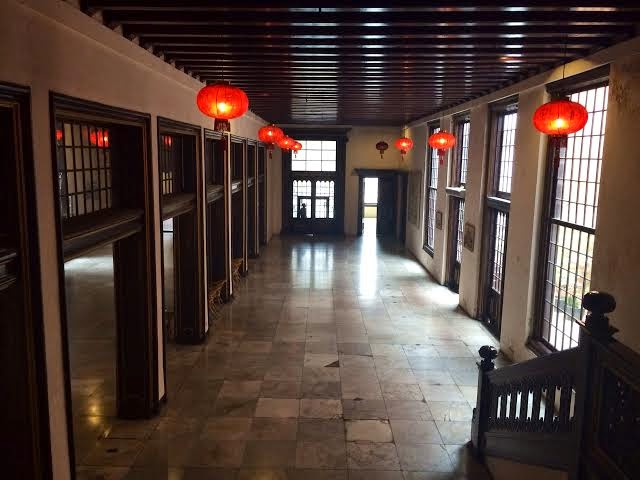 Current interior of Toko Merah. You are looking at the M-i-L's side with newer openings between the two houses. It's currently a "museum" and event space. 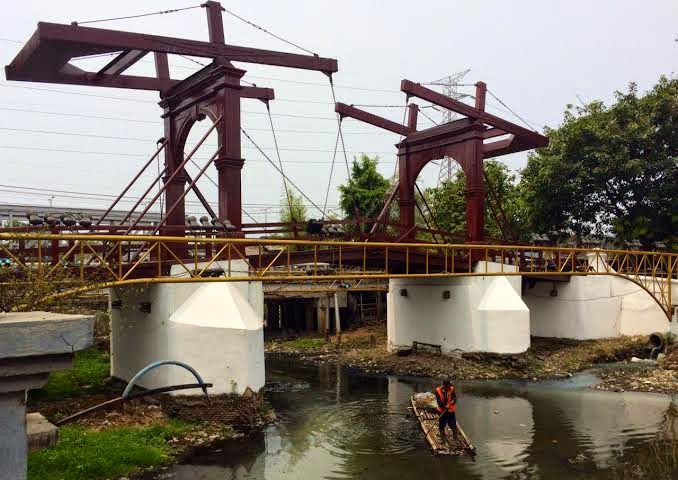 "Chicken Bridge" Oldest Bridge in Jakarta. Named because it's near the chicken market. 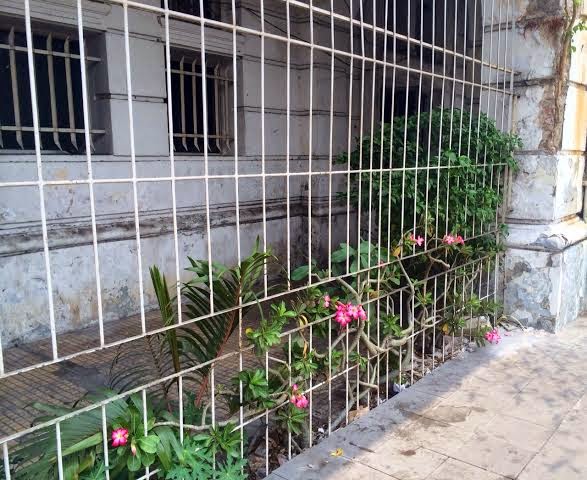 To learn more about the history of Jakarta click below:
http://en.wikipedia.org/wiki/History_of_Jakarta